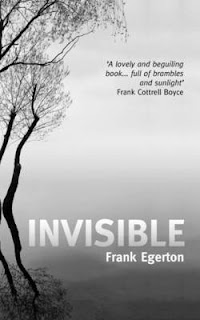 Dark Romance...
Review by The Mole

The genre of books can often be difficult to place but this one I found more difficult than most, in fact I suspect I think I may be guilty of creating a new genre.

I would say the 'story starts' but I'm not sure I would call it a story. It is presented in the main part as 'writing therapy' of Tom, the main character,in this book but includes extracts from Sarah's diary that would not occur in such therapy. Sarah's diary pre-dates the entries of Tom's that they are inter folded with. I found that this section of the book was a little confusing and lacked some form of clearer definition that the reader had moved from Tom's therapy to Sarah's diary.

Tom is undergoing a lot of emotional stress and the therapy, suggested by Mart, is to help him get a handle on this and get him settled again.

Tom has built up a chain of pubs themed around Charles Dickens's books and is financially secure but, as with all successful people, this puts a strain on his relationship with his partner, Jill, and we start the book as their relationship breaks up. Tom decides to sell the pub chain to try to save his relationship and ends up in a relationship Sarah.

I truly felt the passion that Tom feels and was 'in his shoes' for much of the book but at times wanted to whisper in his ear 'get out of this relationship'. While the love was there, and with love there comes sunshine and flowers, I also felt that there were storm clouds behind me throughout and hence I would call it a 'dark' romance.

If you are looking for a happy romantic novel then I would say look further. If you want a book that deals with REAL issues in relationships then look NO further!

Because I find it difficult to place it in a standard category then I would not know who to recommend it to. It can be difficult to follow at the beginning (new fonts or font styles would have greatly improved this) but it is worth sticking with. It tries to deal with real issues that are topical and have been for some time and while I still don't FULLY understand them, I do feel a little more enlightened and hopefully a little more tolerant - if tolerant is the word I'm looking for.

While I didn't 'enjoy' this book (I'm not sure the reader is meant to) I am pleased to have read it.