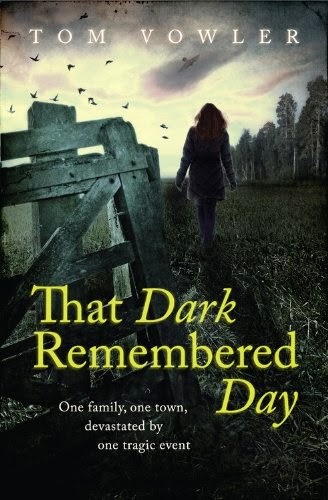 One Spring afternoon in 1983, Stephen's life changed forever - coming home from school to find a deserted town and bodies lying on the streets. Since then he's tried his utmost to forget about that day, to put as much emotional and physical distance between that moment and himself. He can't understand why his mother has chosen to remain there in a place surely filled with the most horrific memories but when a phone call informs him of his mother's increasingly ill health, he feels he must return, if only briefly.

That Dark Remembered Day explores how a random act of violence can affect people's lives for decades, and what may have precipitated it. Through the eyes of Stephen and his parents, the reader sees the events leading up to that fatal day; how isolation and alienation gradually descend into paranoia. In the present, Stephen feels the same anger and frustration building up in himself. By effectively running away, by consciously trying to forget, Stephen has allowed the memories to remain untouched and unresolved, festering in the back of his mind. In contrast, his mother and friends in the town have faced up to facts and, in varying degrees, moved on with their lives.
It's very much a page-turner of a read, although I very soon realised the broad outline - and once things are put in place, they proceed with the same unstoppable force as a boulder rolling downhill.