The Geography of You and Me by Jennifer E Smith 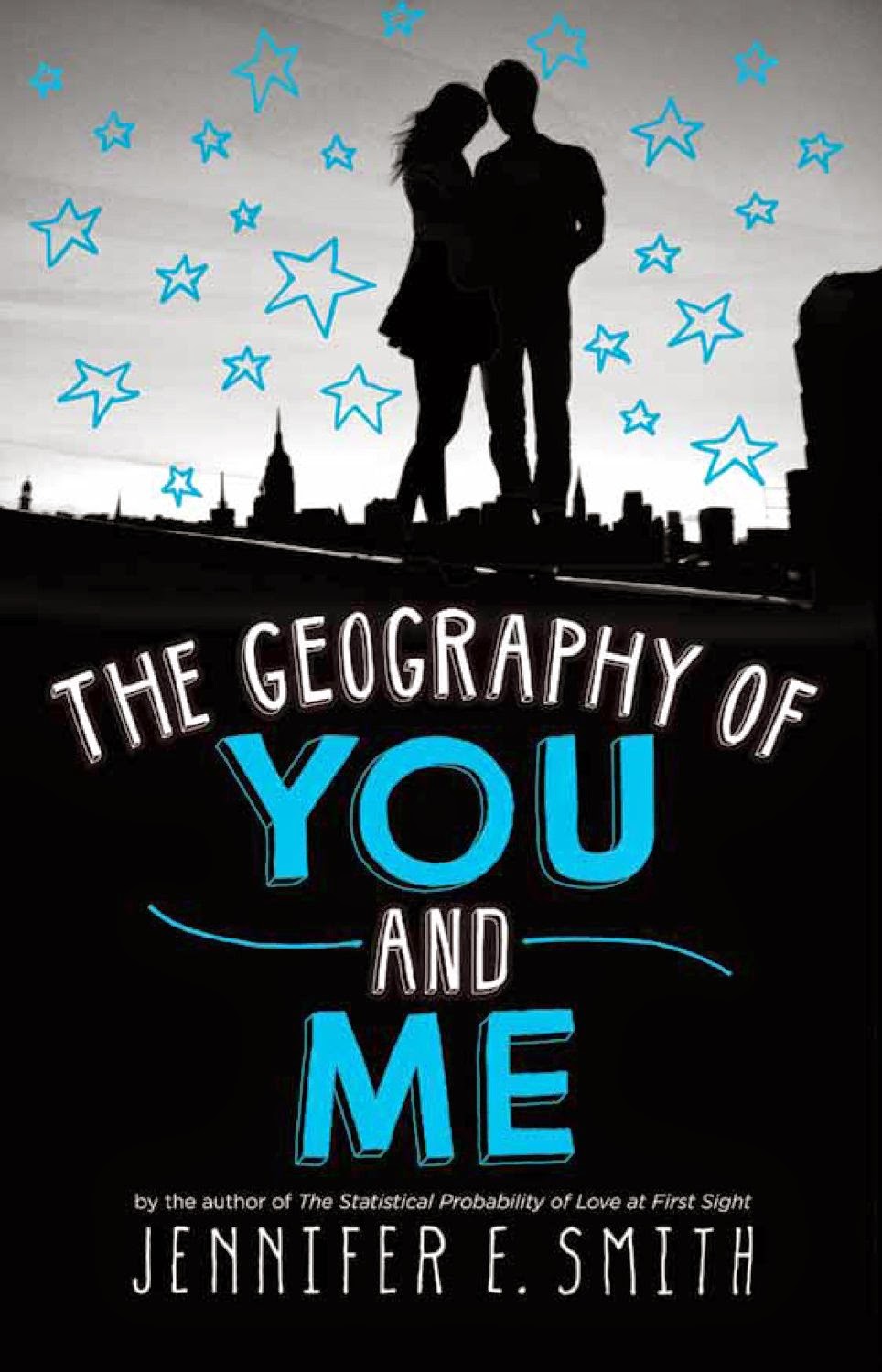 Despite living in the same apartment block, in the normal course of events Owen and Lucy would never have met. He lives in the basement with his newly-widowed father, the building's superintendent; she lives up on the 24th floor, with her rarely present jet-setting parents. But fate decides to take a hand in the form of a power cut - and when two people are stranded together in a lift, they can't help but say hello.With both of them left 'home alone', they decide to spend the rest of the blackout together and start out on the first steps to falling in love.
Having thrown them together, fate then decides to tear them apart - Lucy's parents insist she joins them in London, where she learns that they're to relocate from New York to Edinburgh; Owen meanwhile sets outs on a roadtrip across the US with his dad - echoing the one his parents took when they first met. They try to remain in touch through postcards and the odd e-mail but circumstances seem really set against them.

Despite starting with one of my most dreadful nightmares - being stuck in a lift - this is an absolutely delightful read. Yes, it's unashamedly romantic fiction, but without being gushy and sentimental, and although aimed at the teen market, I really enjoyed it.
It's not without it's darker, sadder side - Owen's mother has recently died and both he and his father are still trying to come to terms with their loss and grief. Both are in limbo - unable to come to terms with what's happened and move on with their lives - and so the road trip idea takes shape as a way to say 'goodbye' and look to the future. Their closeness is something that Lucy has never experienced - her parents have always been happy to leave her and her brothers in the care of nannies when younger or alone as they grew up - but in Europe she discovers a new family bond.
I loved the author's previous novel  This Is What Happy Looks Like and The Geography of You and Me is another irresistible romantic read.

Buy The Geography Of You And Me

from Amazon
Posted by maryom at 11:26